Absence of Men in Court Reporting? 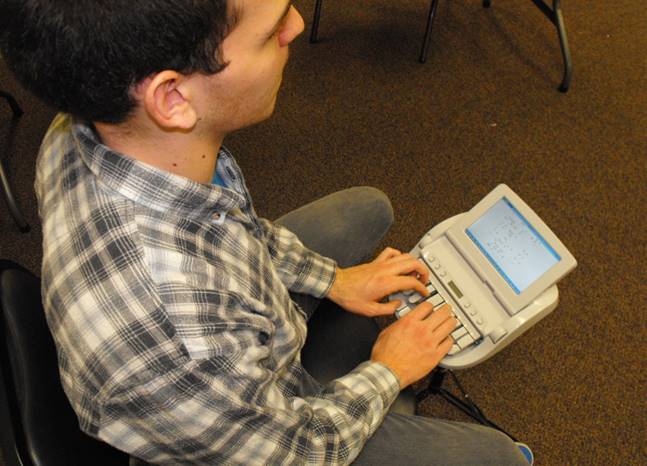 “A Well-Trained Certified Male Court Reporter Is Hard To Find.”

If you are looking for your first career job or just want to explore a change in your current career then this is for you, especially if you are male. If you’ve run out of gas working the same tired job and want a change of career or part-time work this also is right for you.

I can think of only a handful of professional careers where females are the dominating driving force. Some that come to mind are flight attendant and nurse. I’m confident that there are many others, but for this I want to focus on the absence of men in the court reporting world.

When I first met my wife in 1984 she was a freelance court reporter and the first court reporter I had ever met. I knew very little about the profession and over the few years that we dated I noticed something very different about this profession and that all the court reporters she hung out with were female. In fact, I don’t think I met a male court reporter until 1988 when I started court reporting school and the owner was male and worked as an official court reporter and ran the school part time. I don’t think I ever got the chance to ask him why he chose this field and what hurdles, if any, he had to overcome because he was male. When I started court reporting classes in 1988 I was the only male with 10 other female theory students. This was the first leg of our training and I quickly realized that to master this new skill of writing on the machine would require timeless hours of practice to get to the speeds necessary to work. As a new husband working part time and attending school, I was able to advance fairly well and noticed how many of my classmates were juggling motherly duties along the way and not able to devote time needed to advance. I heard things in class like, “oh, my husband was out of town last week and I had to take care of the kids and couldn’t find time to practice.” As well as, “my son’s soccer team was in a tournament for the weekend and I wasn’t able to practice as much as needed.” I attribute both of these situations to being a mother and wife and the possible guilt it carries with being absent from events. Even my wife made a career change from being a freelance court reporter to an official court reporter after our son entered grade school. She was tired of missing a lot of his events during and after school so she decided after 15 years of freelance to take an official reporter’s job at our downtown courthouse and work exclusively for a judge. This gave her an 8 to 5 Monday through Friday job and she had hoped this would allow her more time with our son. That lasted about 9 months and she got bored and moved back to freelance reporting.

History of Men in Court Reporting

Court reporting, and in particular, machine court reporting (called steno writing) has been practiced in this country for over 100 years. The first court reporting machine used in the United States was around 1906 by a gentleman named Ward Stone Ireland. He took the knowledge of shorthand writing done with pen and paper and created a machine with a keyboard to surpass the old way of taking down live dictation. The machine was first designed to use thin strips of paper that would flow freely out the back of the writer. Those “steno notes” could then be sent to a typist to transcribe onto paper thus producing a transcript page. That was the standard method of reporting for over 70 years and then along came the home computer.

One of the very first companies to design a software program to interpret “steno” writing was ProCAT Software Company back in 1979. The owner of ProCAT, Bob Bavka, implemented one of the first software programs on an old computer. He was then able to hook up a computerized court reporting writer and then transfer what was being written on the keyboard over to the computer program. As you might imagine this all happened near Silicone Valley in California. ProCAT has enjoyed over 35 years of providing court reporting products to the industry all over the world. His company and several others fine-tuned their programs and moved the court reporting machine world firmly into the future.

Over the past 27 years I have been the school director and owner of Oklahoma College of Court Reporting. In those 27 years I have enrolled hundreds of students, and in particular, only a handful of male students. The figure I am going to use is a rough estimate but I’m confident in saying that over those years that for every 50 female students enrolled we enrolled one male. I remember in early 2000s we went almost 2 full years without a male joining the program. I also remember that the year Barak Obama was elected president we had 2 males enroll at the same time which has never been matched before or after.

Looking to the Future for More Male Court Reporters

First, hand size. Yes, I said hand size. As director of enrollment I have had to turn away several male candidates because after I placed a court reporting machine in front of them for the first time they realized that their hands were too big, more importantly their fingers were too large to stay on the keyboard properly. I had one gentleman who was about 5 foot 3 inches tall, but he had huge “sausage” fingers and there was absolutely no way he was going to be able to write on the machine. The ideal student, male or female, has long, thin fingers and can glide over the keyboard with ease and create fewer mistakes .

Second, the current national perception that this is a “women only” job. You can imagine that over the past 30 years when I mention court reporting to men at the gym or at ball games the first sort of response I get is, well, that sounds like a great profession for my wife…my sister….my girlfriend, but almost always never for the male I’m speaking to. They have seen in movies and on television and at times in person in court that the role is almost always played by a female. They view it as it’s simply not a viable job for a male just sitting in a chair all day attached to this little machine. Sad to say that we have lost a ton of good writers to this thinking.

My son has been a court reporter for 6 years. He started court reporting school at 19 years old and was certified by our state as a court reporter in just 14 months. He’s 6 foot 2 inches and has long thin fingers. He’s single and enjoys all the perks of being a single male in a female dominate field, but I know that had his mom and dad not been in court reporting he probably would not have become one.

Always great hearing from folks out there about our blogs. Please send your thoughts and comments.

I have often wondered about why there aren’t as many men in court reporting. Interesting that it pretty much comes down to the hands.